MP behind gay propaganda law volunteers to fight in Ukraine 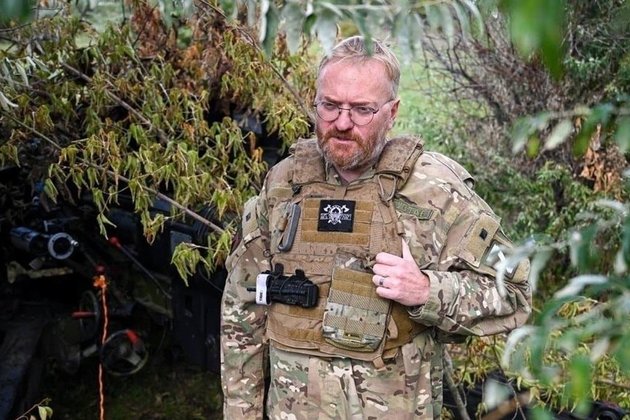 Vitaly Milonov accused the ?entire West? of wanting to bring Russia down

Vitaly Milonov, a member of Russia's parliament known for his anti-gay stance, has said that he wants to fight on the battlefield in Ukraine because the West is waging a war against "our future, our children," comparing the enemy to Adolf Hitler. He has already arrived in Donbass.

"I'm neither a military professional, nor a specialist. But I can't stand aside from those who are the best among our people, who are vanquishing the villainous enemy on the battlefield," Milonov said on Friday. The 48-year-old politician is a member of the State Duma, the lower house of the country's parliament.

Milonov described the conflict as "the war waged against us by the entire West - against our future, our children."

"If we don't defend our honor, freedom and dignity, the West [will make us] their servants, just like Hitler had planned," Milonov added.

The MP's spokesperson told the TV channel Zvezda that he is already in Donbass. On Thursday, the legislator posted a video of himself firing an artillery gun from an undisclosed location. He had previously delivered humanitarian aid in the Donbass republics.

Milonov is known for his hardline conservative and anti-gay views. He was one of the main proponents of the 2013 law that banned "propaganda among minors of untraditional sexual relations."

Andrey Turchak, the head of the General Council of the ruling United Russia party, confirmed that Milonov is among the four MPs who formally requested to be sent to the battlefield. The other three are Dmitry Khubezov, Sergey Sokol, and Dmitry Sablin, all in their early 50s. The requests will be processed by the Defense Ministry, Turchak said.

The move comes after President Vladimir Putin initiated the partial call-up of reservists on Wednesday.

According to the Defense Ministry, reservists up to 55 years of age could be called up, depending on their military rank. Defense Minister Sergey Shoigu said that 300,000 will be drafted.

The mobilization was ordered two days before the Donetsk and Lugansk People's Republics (DPR and LPR) kicked off a five-day referendum on joining Russia. Both republics broke away from Ukraine shortly after the 2014 coup in Kiev. Moscow recognized them as independent states in February.

The Russian-controlled areas of the Zaporozhye and Kherson Regions of southern Ukraine are simultaneously holding their own popular vote on leaving Ukraine and joining Russia. Moscow seized these lands after it launched its military operation in the neighboring country on February 24.