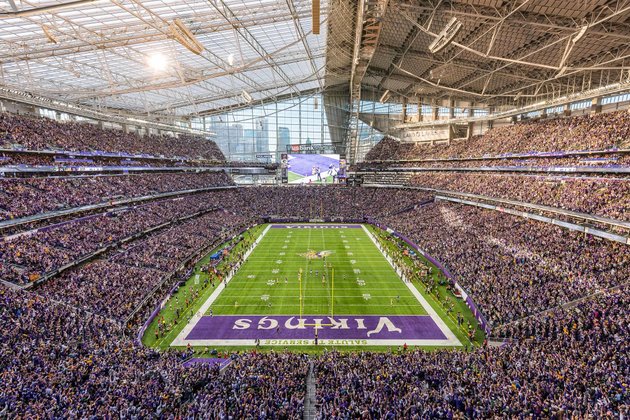 EAGAN, Minn. - The Minnesota Vikings 2022 schedule has been revealed in its entirety.

A Week 1 Border Battle? You betcha!

That one grabbed a lot of attention when it was formally announced at 5 p.m. Click here for information about tickets.

Here are 10 takeaways from the release of the 2022 Minnesota Vikings schedule.

There's probably a mixture of opinions on whether it's best for a first-time head coach to ramp up or dive right in and utilize months of prep work for the team that's claimed the past three NFC North crowns.

The bottom line is the Vikings have an opportunity to start the season at home and take care of business inside the division with home games against Green Bay, Detroit (Week 3) and Chicago (Week 5) from the get-go.

This is just the second time since the NFL created its current division alignment in 2002 for the Vikings to host all three NFC North foes before visiting at least one of the teams.

The previous occurrence was 2006 when Minnesota fell to Chicago in Week 3, topped Detroit in Week 5 and lost to Green Bay in Week 10 before spending three-fifths of December on the road.

2. Cold ones coming on

O'Connell, who spent his prep and college careers in Southern California, has had the chance to acclimate to cold weather since his hire in February. He'll have to lead some of the newcomers through that process, as well, with critical games on the Frozen Tundra and the Windy City.

"Hopefully we're looking to solidify some of the success we've already had. To have those opportunities to go on the road and really, we'll get the chance to practice in that weather," O'Connell said. "We'll get the chance to feel that. Our team will be outside and we'll be ready to roll, but ultimately, hopefully we're playing for something really important and our guys will be ready to go."

Twin Cities Orthopedics Performance Center features two fields that have an underground heating system, as well as the Indoor Practice Facility, which can be opened to let in cold air. Both could be incorporated to help the team prepare for the elements.

3. Irregularity in the first four weeks

O'Connell will have two games under his belt before the Vikings take the field for a "traditional" noon (CT) kickoff.

That game against the Lions will follow Minnesota's Week 2 skirmish at Philadelphia on Monday Night Football and will require performing on short rest.

O'Connell will have to handle the longer week between the Packers and Eagles games, then the shorter rest before getting the Vikings ready to play the Saints in London.

4. Players are hyped for London Game

Perhaps a cup of breakfast tea? It will be 8:30 a.m. CT when Minnesota faces New Orleans at Tottenham Hotspur Stadium in Week 4. Players will have to deal with jet lag on the way and adjust their body clocks.

"I went [to London with Washington] in 2016 and we played at Wembley [Stadium], which was a cool place to play, but I've heard that Tottenham's new stadium was really being built with the intent of hosting NFL games, so I'm excited to see that stadium," quarterback Kirk Cousins said. "That will be interesting for Vikings fans to wake up and have the game on right away."

Adam Thielen might revive the soccer style celly he used after catching a touchdown at Twickenham Stadium in 2017, and Justin Jefferson is looking forward to making his International Series debut, even if it does mean the Louisiana native won't get to play in his backyard.

"I've never been to London before. I'm definitely excited about that," Jefferson said. "I wish we were playing in New Orleans, just because that's my hometown, but that's going to be a whole fun experience."

There have been 60 participants in London Games since 2007. Five have not had their bye the week immediately after, with four of those teams choosing to delay their bye.

The first team to do so was the 2016 Colts, who followed by defeating the Bears. The 2017 Ravens and Jaguars played in London in Week 3. Baltimore followed by losing to the Steelers, and Jacksonville was topped in overtime by the New York Jets the following week.

The 2017 Dolphins had to burn their bye because of a Week 1 cancellation caused by a hurricane and play the rest of their schedule straight through. Miami defeated the Titans in Week 5 after playing in London in Week 4.

The 2021 iteration of the Dolphins chose to play the week after returning from across the pond and fell to the Falcons.

Vikings single game tickets for the 2022 season are now available! Click below to view tickets and the full schedule.

O'Connell explained what the Vikings were thinking by opting against Week 5 as their bye, which would up buying an extra two weeks.

"We obviously have the first London game. It's early on in the season. You take that bye in Week 5, and you know basically what you're looking at for the rest of the way. Now that we play 17 games, that's a long time.

"How we're going to take care of our guys in the sports performance side of things, we feel pretty good not only about our preparation for going to London but how we'll handle coming out of that game and all of that travel," O'Connell said. "Knowing you had a home game, which was our request if we didn't have the bye, I think we'll be ready to roll. We've got a good plan in place, but obviously the numbers say most teams take that bye, maybe a little bit later on in the season, but I think it's important where our bye does fall a couple of weeks later and we get that Thanksgiving, 'mini-bye week' we sometimes call that, a few weeks later, so it spaces out well. They did us some favors there."

The circumstances are different, but this now makes three consecutive years for the Vikings bye to fall in Week 7.

6. Did someone say Thanksgiving? Gravy!

The Vikings are hosting a Thanksgiving game for the first time in franchise history.

It will pit Minnesota's first-year head coach against Patriots Head Coach Bill Belichick in his 28th season. Although they seem to have a good relationship that began when Belichick drafted O'Connell in 2008, this reunion is much better suited for NBC instead of the Hallmark Channel.

Minnesota is 6-2 all-time on the holiday since first appearing and delivering a 27-0 shutout in Detroit in 1969.

Download desktop and mobile wallpapers directly to your device.

The Vikings will have another home game desert to walk through with just one contest at U.S. Bank Stadium between the Oct. 9 contest against the Bears and hosting the Dallas Cowboys on Nov. 20.

The lone visitor during that time will be the Arizona Cardinals in Week 8 on Oct. 30.

Minnesota has faced similar voids in the same general part of the calendar in each of the past three seasons:

Based on 2021 results, Minnesota's stretch after its bye week could be one of the toughest.

The Washington-Buffalo sequence is one of two in which Minnesota plays consecutive road games this season, along with Weeks 17-18.

The reward is a three-game home stand that starts with Dallas and continues with New England just five days later and concludes with a Dec. 4 contest against the New York Jets.

This will be the third consecutive season that Minnesota has hosted games in three consecutive weeks. The Vikings went 2-1 in each of the past two years.

Prior to the three-pack in 2020, the previous occurrence was in 2014 and concluded with a game against the Jets on Dec. 7.

With Christmas falling on a Sunday this year, the Vikings are scheduled to play on Christmas Eve.

At the moment, the Vikings are scheduled to play 12 games on Sunday and just once each on Monday, Thursday and Saturday.

Two games - home against the Colts in Week 15 and at Chicago at Week 18 - remain to be determined. They'll either be played on a Saturday or Sunday, depending on their relevance.

The Vikings have thrice had two Saturday games in the same seasons (1974, 1977 and 1981), so flex scheduling is something to keep an eye on down the stretch.

NEW DELHI, India: India has banned the exporting of wheat, despite stating it was targeting record international shipments this year, ...

NEW DELHI, India: Tesla made known this week that it will not sell electric automobiles in India due to the ...

KATHMANDU, Nepal - The governments of Nepal and India have signed a bilateral memorandum of understanding for the construction of ...

Kia reports second most electric car sales in US, Ford close behind

LOS ANGELES, California: Kia has become the second largest manufacturer of electric vehicles sold in the United States, second only ...

NEW DELHI, India: India has banned the exporting of wheat, despite stating it was targeting record international shipments this year, ...

One dead as single-engine plane crashes on Miami bridge

MIAMI, Florida: Local media reported that one person was killed and five were injured when a small plane crashed on ...

VATICAN CITY: While recovering from knee problems that have forced him to use a wheelchair last week, Pope Francis announced ...

Report: Germany has taken in over 700,000 refugees from Ukraine

DOLNI MORAVA, Czech Republic: The world's longest pedestrian suspension bridge has opened at a mountain resort in the Czech Republic. ... 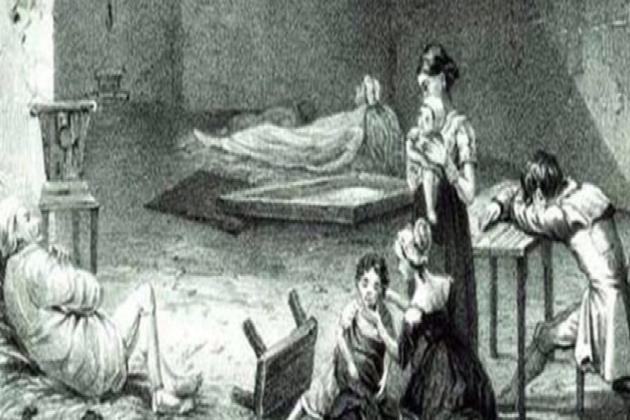