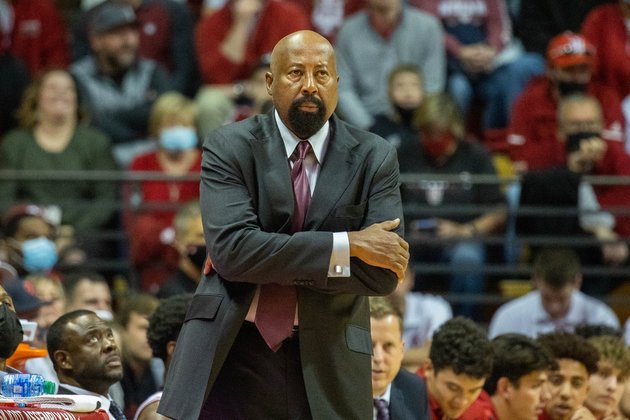 The Hoosiers (5-0) will get another opportunity to display their connectivity on the defensive end when they host Marshall in the final game of the Hoosier Classic on Saturday.

Indiana has held its last two opponents -- Louisiana and Jackson State -- to an average of 39.5 points per game and 19.8 percent shooting from the floor.

"I like everything about how we're defending, man," Woodson said. "I mean, we're getting after it. I mentioned it to these guys early on when we first started as a team, we had to establish some kind of identity, and it had to start on the defensive end."

Offensively, Indiana has starting to find its range from the perimeter, shooting 47.1 percent (16-for-34) from 3-point range over its last two games. Parker Stewart has heated up, making 7 of his last 10 3-point attempts.

Marshall (4-1) is coming off a 93-79 win over Louisiana on Tuesday night. Combo guard Taevion Kinsey led Marshall with 21 points and has scored 20 or more points in four of five games this season. Kinsey is averaging 19.6 points 5.2 rebounds and 4.0 assists.

"We've just got to get better, be a little bit more disciplined," Marshall coach Dan D'Antoni said. "We are a freewheeling, risk-taking, get-the-crowd-on-their-feet type of team."

Indiana turned the ball over 27 times on Sunday against Louisiana, but improved against Jackson State, turning the ball over just 11 times.

"At halftime, we had eight and we finished the game with 11, so that's right where we need to be," Woodson said.

The Hoosiers have missed Rob Phinisee the last two games with a leg injury, but Xavier Johnson has picked up the slack at point guard. Johnson finished with 14 points, seven rebounds and three assists in the Jackson State win.